Reptiles, my other hobby.

Reptiles, my other hobby.

So I have been an animal nut ever since I was a kid. Growing up I was mostly obsessed with mammals (tigers, elephants, giraffes, and rhinoceros are probably my favorites). As an adult now my main interest has turned to herps (reptiles and amphibians). They are such a diverse group of animals, and very interesting to study. I have been keeping reptiles for a few years now, mostly focusing on snakes, and do have plans to breed a few in the future. My mother is taking my camera to New York tomorrow, so I snapped off some pictures tonight and thought I'd share some. (All my reptiles are captive bred and born. No wild caught animals.)

I'll start with the cornsnakes. Cornsnakes come in in many different cultivars/morphs. I love the genetics behind these guys. These are all cornsnakes, just different morphs.

My first cornsnake was this "hypo lavender het. motley", named Lestat. It's hard to get his color to show up right, he has pinkish/peachish undertones with gray/lavender saddles. 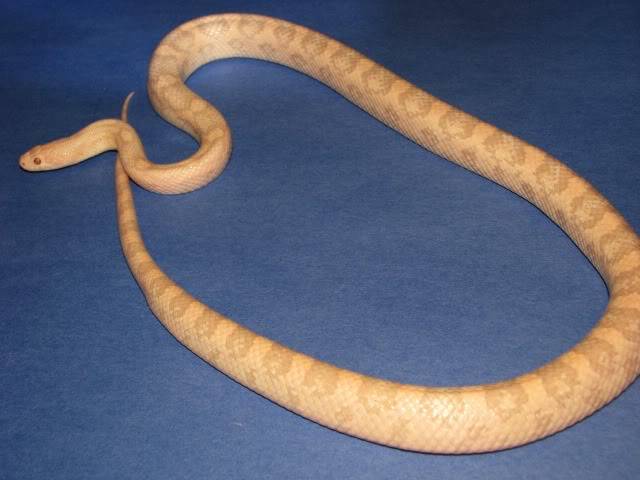 My second cornsnake is to be a mate for Lestat. This is Akasha. She is a "hypo motley het. lavender"
She's roughly as big as Lestat. They both have some more growing to do. When bred together, I should theoretically get a few offspring which are the color of Lestat, but with the motley/dotted pattern of Akasha. 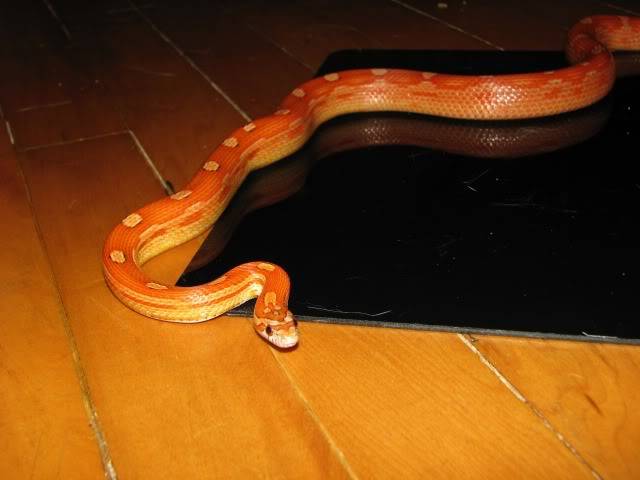 My third cornsnake is Pandora. She is a "caramel amelanistic (amel) stripe" aka "butter stripe". Amelanistic is sort of the same as "albino". My cat must have walked on the black background I was using, and left some hair strands. 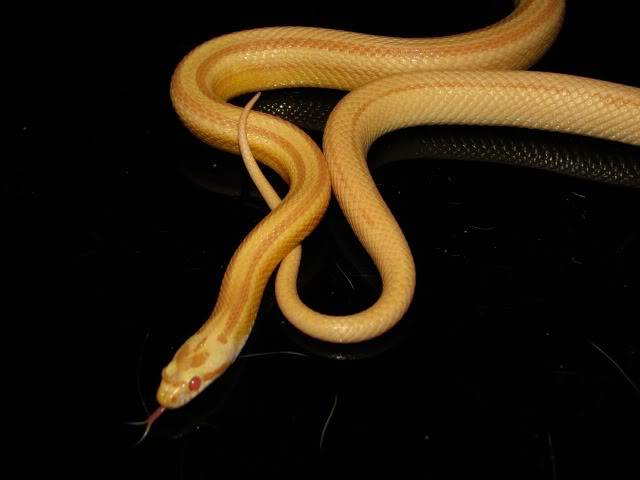 Pic for size. Lestat, Akasha, and Pandora are all roughly the same size (Lestat is a little bit bigger) 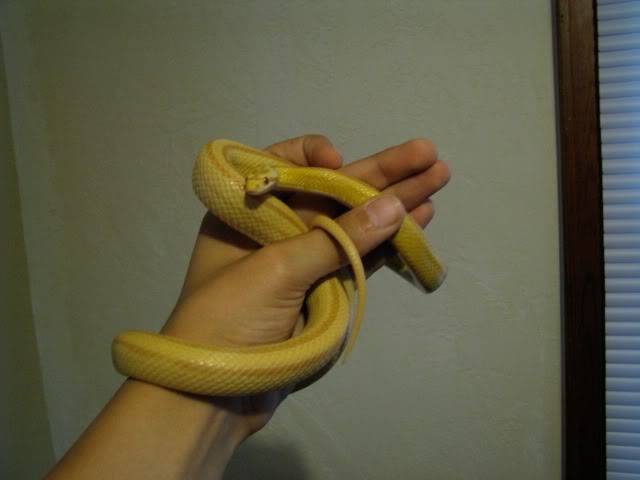 And this is Marius. He will be paired with Pandora as they have similar genetics. Marius is a "caramel ultramelanistic stripe" aka "golddust stripe". He is probably half the size of Pandora, probably a little smaller even. Although he has ruby pupils, he actually has melanin and therefore is not albino. When bred with Pandora I should theoretically get 50% butter stripes, 50% golddust stripes. 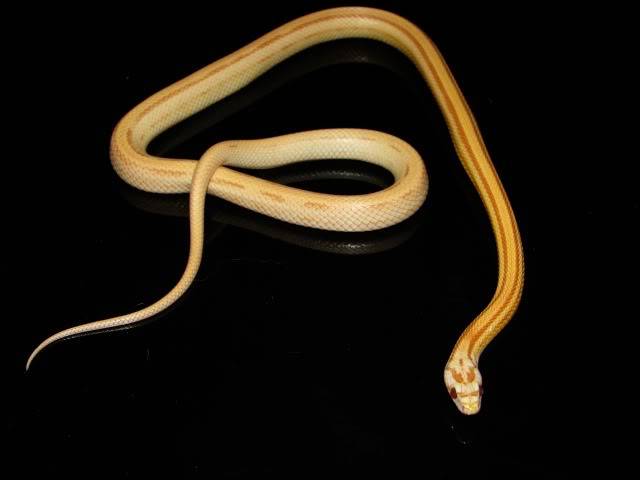 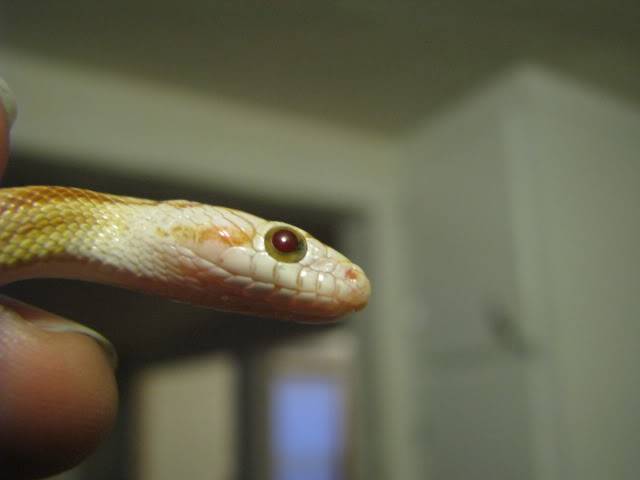 Next is my Green Tree Python (Morelia viridis) He is still nameless, even though I've had him for quite some time. This is a Sorong locality-type GTP. If you can see his tail turns into a dark black color, there is a reason for this. This is found in Sorong types, and what they will do is dangle their tail and wiggle it like a worm to attract prey. This is called caudal luring. 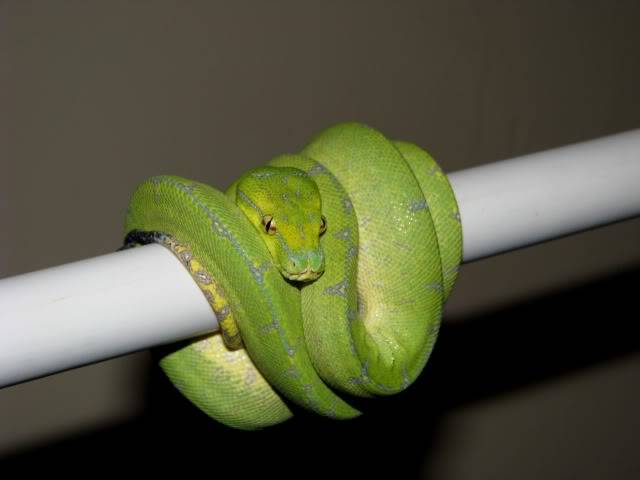 And the last of my snakes, the Black Milksnakes (Lampropeltis triangulum gaigeae). This is the largest milksnake subspecies. They should reach a length of around 5-6 feet. As babies they start out the normal milksnake tricolor (red/black/white) and as they age and shed they eventually will turn a complete black. You can still see some vestiges of the red and white color in mine, they are still growing.

The female, Envy, who did not want to sit still. 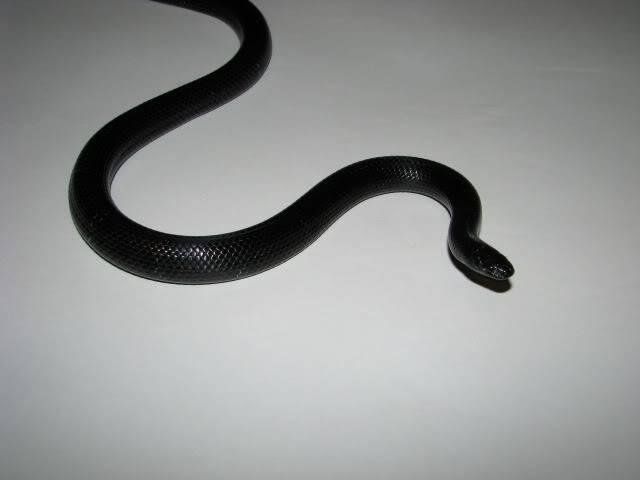 And the male, Wrath, who also did not want to sit still, hence the horribly focused picture. 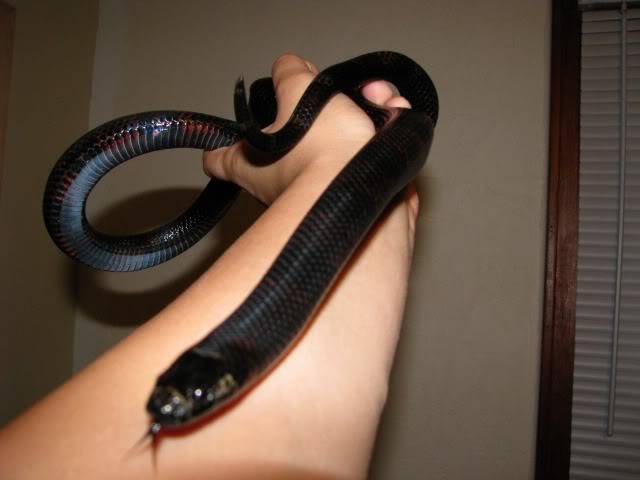 Here is a picture of Envy as a young snake. 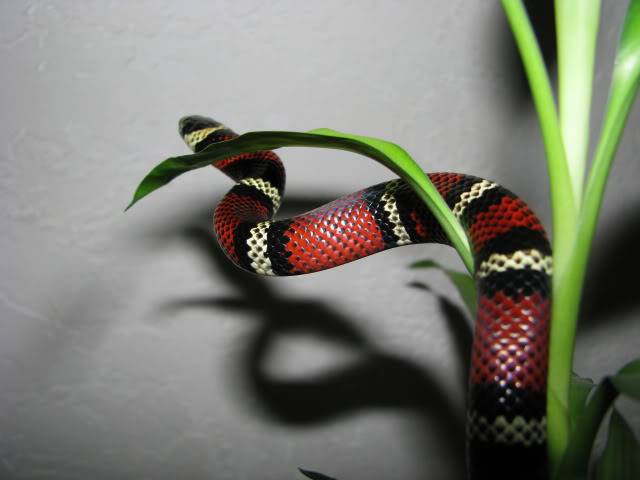 Here are my geckos. These are Gargoyle Geckos (Rhacodactylus auriculatus). I don't house them together, but I thought it would make a good photo. The one on the right is probably going to shed soon which is why she looks kind of dull. Both are most likely girls. Eldar (left) and Avari (right) 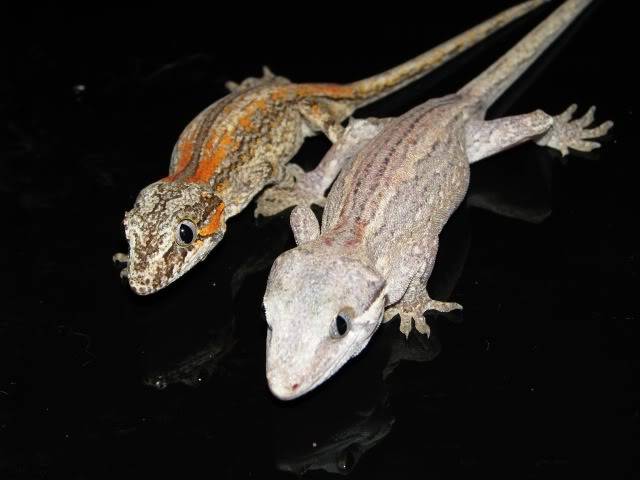 And finally, here are some pics of some salamanders found on a recent herping trip with a friend. The first one is a spotted salamander. The second is a tiger salamander. 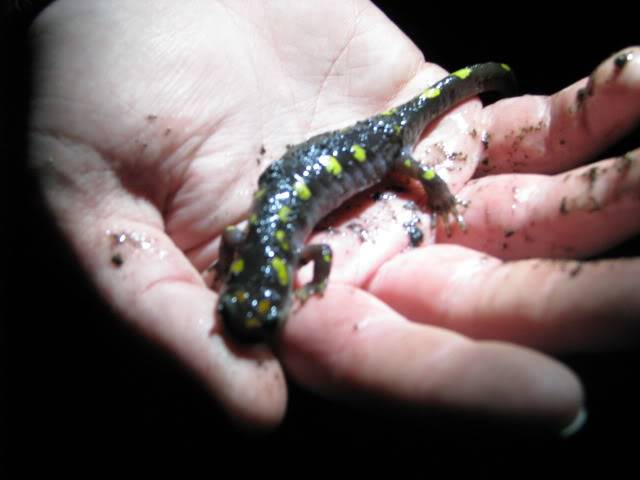 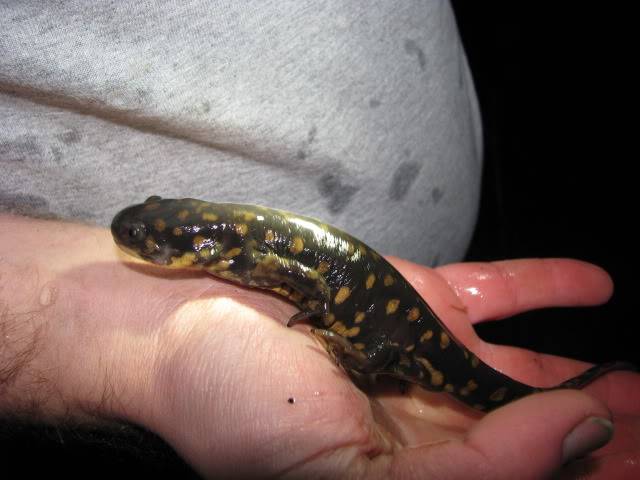 Re: Reptiles, my other hobby.

I got a new cornsnake last week Thursday

This one is a 2010 female "Sulfur" (amelanistic, caramel, diffused)

I won her in a contest and I think I might start a breeding project with her and the previously pictured Marius. She is just a 9 gram wee little wiggle worm. 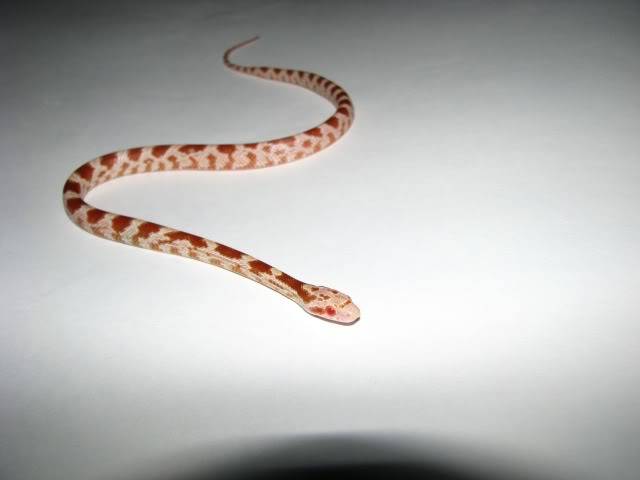 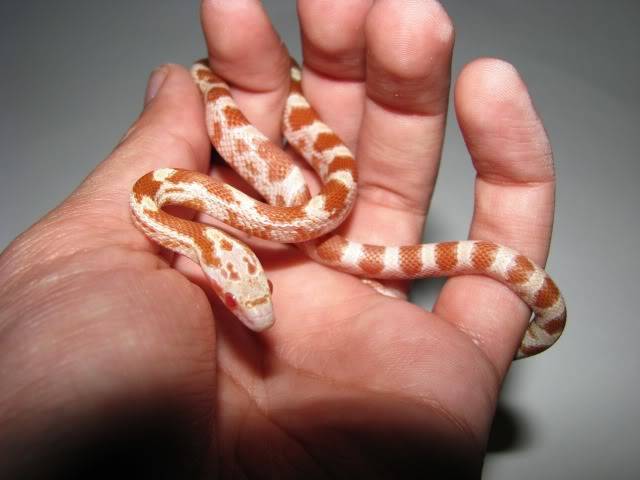