Hi Andrew,
continuing my obsession to learn fur elise, could you please tell me why there is a D# in this song, when it is written in A minor and there is no D# in any of the three minor scales?

CaptainAhabNZ wrote:Hi Andrew,
continuing my obsession to learn fur elise, could you please tell me why there is a D# in this song, when it is written in A minor and there is no D# in any of the three minor scales?

There is no rule that you have to use only notes from the scale in songs. How boring would that have been.

LIke Chopin was know for his way of using lots of outofscalenotes in his comps!

Then whats the point of learning scales?

The key that the piece is written in is of course the foundation, the groundstructure. You you can move easly trough the scale it will be easyer to play a piece in that key. You will also much easyer understand what notes are flat and sharp just by looking at the sheets since you already know you dont have to dubble and tripple check all the time. You get stronger fingers and coordination and speed by practicing scales. You get mot confidence, more control and security by knowing the scale. And there are probably more reasons, but thos are the ones from the top of my head!

This might seem out of the wild:
"And scales are the ultimate beauty, the blend of ugly and pretty, the best of the best....


Lets pretend the keys are a puzzle, and all 12 keys makes the puzzle complete. In the complete puzzle you have sadness,
happiness and other feelings. By only using 5-6-7 keys/bricks you puzzle a puzzle without some of the bricks...
Lets say you play a minor scale, then you remove the happy brick/key, while when playing a major you remove the sad brick/key.

Each scale has it's own feelings/mood, and it depends on what part of the puzzle/image you remove.
Remove all of the bricks, but not the spanish city, and you got a spanish sounding scale.

A song written in A doesnt need to stay in A all the time, but it would want to go back to A, lets imagine all the scales are the world, and the song is written in L.A,
then you travel to Las Vegas, San Fransisco, New York and Miami, but you'll want to go back to Los Angeles at the end. Cities are the scales,
while the different places in that city is the keys of a scale. You could just make a L.A song, but to make it more interesting you travel to other cities/scales.
Usually you want to head back home, but songs do break rules, so it might be that you travel from L.A to N.Y and stays there.

that was wonderfully put Victor! I don't know if i've ever heard a better explanation of scales. I don't think I'm going to add anything because you said it so well
_________________
"Those who bring sunshine to the lives of other's cannot keep it from themselves."

Yeah, I liked Vics way of saying it to

short explanation: as long as you play inside a scale you're safe from your piece sounding like crap. as soon as you move outside the scale you hear dissonance and it sounds bad, unless your a genius composer who know where to put these "accidentals".

even shorter explanation: if you only play by sheets, you don't need to care about that ;D 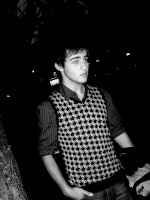