Hello Andrew and group. I started to learn keyboard three weeks ago and am totally hooked. I have had two lessons but they have stopped now until after the summer holidays and there is so much that I need to know. There are several things that confuse me (lots more than several really) and I would welcome any advice.

The first question is about hand position. I have also been learning clarinet for the last year and that (although certainly not an easy instrument) is at least pretty straight forward in that certain fingers play certain notes. Obviously we do not have enough fingers for that to work with a keyboard.

There seems to be so many variations about which fingers play which notes so are there any rules about where your hands need to be or does it depend in which key you are playing?

I love your youtube videos Andrew, they are so straightforward and entertaining too. You have a real talent for teaching.

Thanks in anticipation
Annie 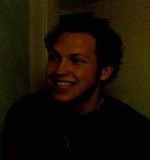 Welcome to the forums!

On your right hand your thumb is finger 1, your index finger is finger 2, middle finger is 3, fourth finger is 4, and your pinky is 5.

On your left hand, it's mirrored but exactly the same numbering. your thumb is finger 1, your index finger is finger 2, middle finger is 3, fourth finger is 4, and your pinky is 5.

Thank you both for the warm welcome.

Jordan, thank you for taking the time to explain the finger numbers. I have got that straight in my head now. However I am still confused about the actual hand positions when playing a piece of music. Your hands obviously have to move the width of the keyboard to play all the notes. Looking at the "Technique section" on the forum I see that I am not the only one having difficulty with this. I am hoping it will all come with experience and practice.

Annie wrote: There seems to be so many variations about which fingers play which notes so are there any rules about where your hands need to be or does it depend in which key you are playing?


I've got the same question, and haven't found an answer yet.

Seems like I can teach my eyes to read. But then I need to know where my fingers are, to know what finger to press down.

If I teach my fingers a position, like pinky starting on C, that's fine for maybe 5 notes, or maybe extended to 8 notes, if using that move of planting the thumb and moving 2 fingers over it, followed by the thumb.

But what if a song has a bunch of notes beyond those 5? Not only is the finger dexterity a problem, but the more basic problem for a beginner like me is I don't know what keys my fingers are hovering over. So, to play an E, I don't know which finger to press down.

Trying to play "Swing Low, Sweet Chariot" one handed is an example. Just talking about a beginner arrangement. There is a wide range of notes, and I'm not sure where the fingers are supposed to go.

And I'm not really just talking about that one song, but all song in general. Where do the fingers go?

If all song used the notes C,D,E,F,G then I could play them because my fingers would learn which finger belongs to which letter. But, evidently, piano isn't like that.

well about that. I would say just practise it over and over trying to move your hands while playing and of course playing the right notes

in different pieces (of course you will have to look at the keys sometimes). After some time of practise you will do it automatically (meaning moving your hands and knowing which keys you are going to hit with the different fingers)